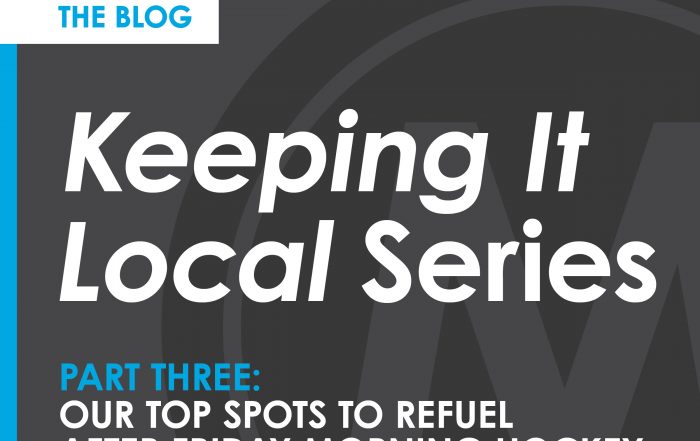 Keeping It Local – What Makes Our Hockey Tradition Special

During the winter season, ask anyone in our clan where our partners  Allen and Matt are on a Friday morning, and their response will be “on the ice”. It’s tradition!

It all started back in 1976, when Allen MacCallum was invited to join local realtors and bankers for a weekly Friday morning hockey game. The players at this point had been playing together for some time and often met afterwards to enjoy breakfast together at a local Langley café. The rest as they is history.

Now over four decades later, the Friday morning hockey game is still going strong thanks to the continued effort of Allen and Matt. It’s one of our firm’s longest running traditions.

“It’s about exercising and friendship. It’s the only time that busy people get to do one thing without anyone telling them what to do and nobody cares if you mess up or make mistakes. The fellows we play with are really fine gentlemen” – Allen MacCallum

Fast forward a few decades, Allen, now in his 70’s is the last remaining original player from the “old boys”, and enjoys playing alongside his two grown-up sons, Matt and Tavis, and the new generation of players every Friday morning. Allen’s not the only one with special ties to the tradition. Matt too has his own special history with the Friday morning tradition. One of his earliest memories was joining the ice over thirty years ago as a twelve-year-old. Back then, that was a big deal. The Friday morning tradition also took on deeper personal significance back in 2013 after Matt returned from practicing law overseas. Stepping out onto the ice with the Friday morning team was Matt’s first time on the ice after an 8-year hiatus while living in New Zealand. Since then, it’s a winter season tradition for all the MacCallum boys.

Together, Allen and Matt work hard to keep the tradition strong. Organizing rinks, managing players, securing the same ice time, and taking on sponsorship – it’s not always easy, but it’s worth it. Playing with a dedicated line up of regulars, and a notable line of varied drop-ins from across Langley and beyond, Friday morning hockey continues to bring people together for the love of the game.

“It just happens that all the people in the dressing rooms are the ones we do business with. It’s more of a convenience factor having all these resources that hang out together and play together” – Matt MacCallum

The same way a beauty goal deserves bragging rights back at the office, it also deserves a delicious breakfast. Inspired by the Friday morning hockey tradition, for our third installation of our firm’s Keeping it Local series, we’re all about breakfast. As previously shared in our Keeping it Local – Serving Our Community with Passion blog, our goal with this series is not only recognizing delicious food, but showcasing the owners and teams who continuously provide exceptional service to uplift our community, uphold Langley’s charm, and keep us busy legal professionals fueled.